What happens when the God of Israel intervenes in the battles of His people? Miraculous victories occur—victories that are sometimes inexplicable and often unbelievable. We read in the Bible that God often provided Divine assistance for ancient Israel in times of war, but is there archaeological evidence to support these claims? What do scholars, archaeologists and theologians have to say about some of these battles? And if God did miraculously assist the Israelites-of-old, is there any proof that God still causes Israel to triumph over her enemies in modern times?

Through Miraculous Victories of Israel, Pastor Jeff Futers invites viewers on an exciting journey of discovery as he explores some of the most phenomenal victories in both the ancient and more recent history of Israel. And as he walks through modern Israel—still surrounded by enemies today—Jeff opens his Bible to help answer the pervading questions: Why was God so faithful to Israel-of-old? Is He faithful to Israel today? Will He be faithful tomorrow? And what does God’s continued faithfulness to Israel mean for Christians today?

VICTORY OVER THE
PROMISED LAND

VICTORY OVER
SIN AND DEATH 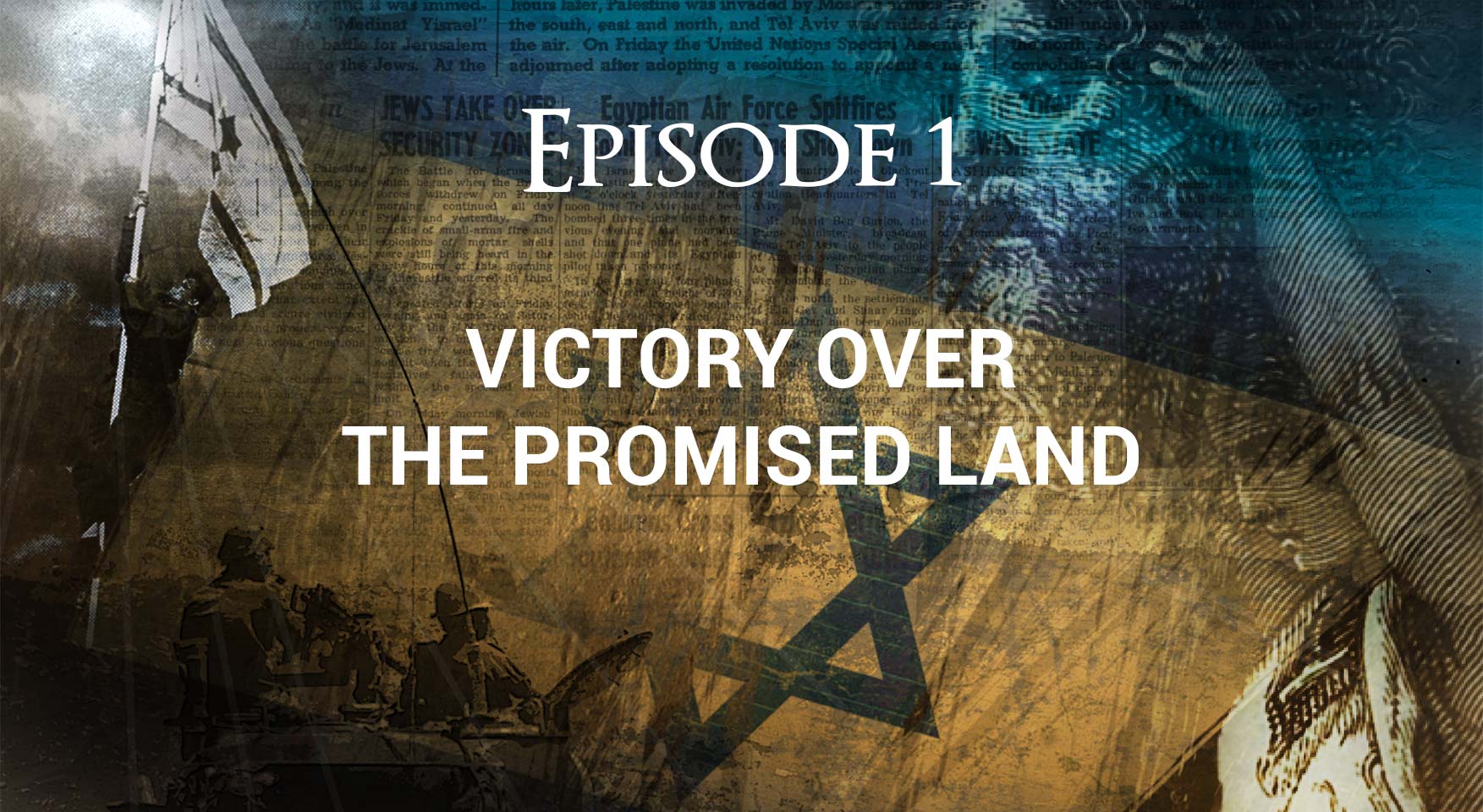 Having escaped slavery in Egypt, Israel travels the wilderness until an enormous city stands between them and the Promised Land: The City of Jericho. In this episode, we relive the marching processions and victory sounds which miraculously flatten Jericho’s walls. Then, we explore some Israel’s most incredible subsequent battles, arriving at Canaanite Hazor: the most powerful city in the Promised Land. But did an inferior, nomadic, people really conquer a land of ‘giants’ and fortified cities as the Bible describes? And why was this Land so vital that God would assure Israel’s victory over it? Join Jeff Futers, on location in Israel as he explores what the Bible and archaeology have to say about Israel’s victory over the Promised Land, and rediscover Israel’s faithful God as He encourages all of that follow Him, no matter the battle we face: “Be strong and courageous. Do not be afraid; do not be discouraged, for the Lord your God will be with you wherever you go.” (Joshua 1:9)

The children of Israel, now settled in the Promised Land, find their very existence threatened by a terrifying foe. In this thrilling episode, we explore one of the most inspiring stories ever told: a young, shepherd boy defeats the fierce Philistine giant, Goliath. But just how plausible is the Bible story? In this episode, viewers are invited to explore the 3000-year-old archaeological remains of King David’s fortress and Goliath’s hometown which overlook the valley where their famous confrontation took place. Through riveting interviews with experts and a close look at archaeological remains, David and Goliath’s battle comes to life like never before. Join Pastor Jeff as he retells the ‘David vs. Goliath’ narrative while standing right where it happened; and as he discovers the giants of the past, discover anew that nothing is impossible when the God of the armies of Israel fights for His people. 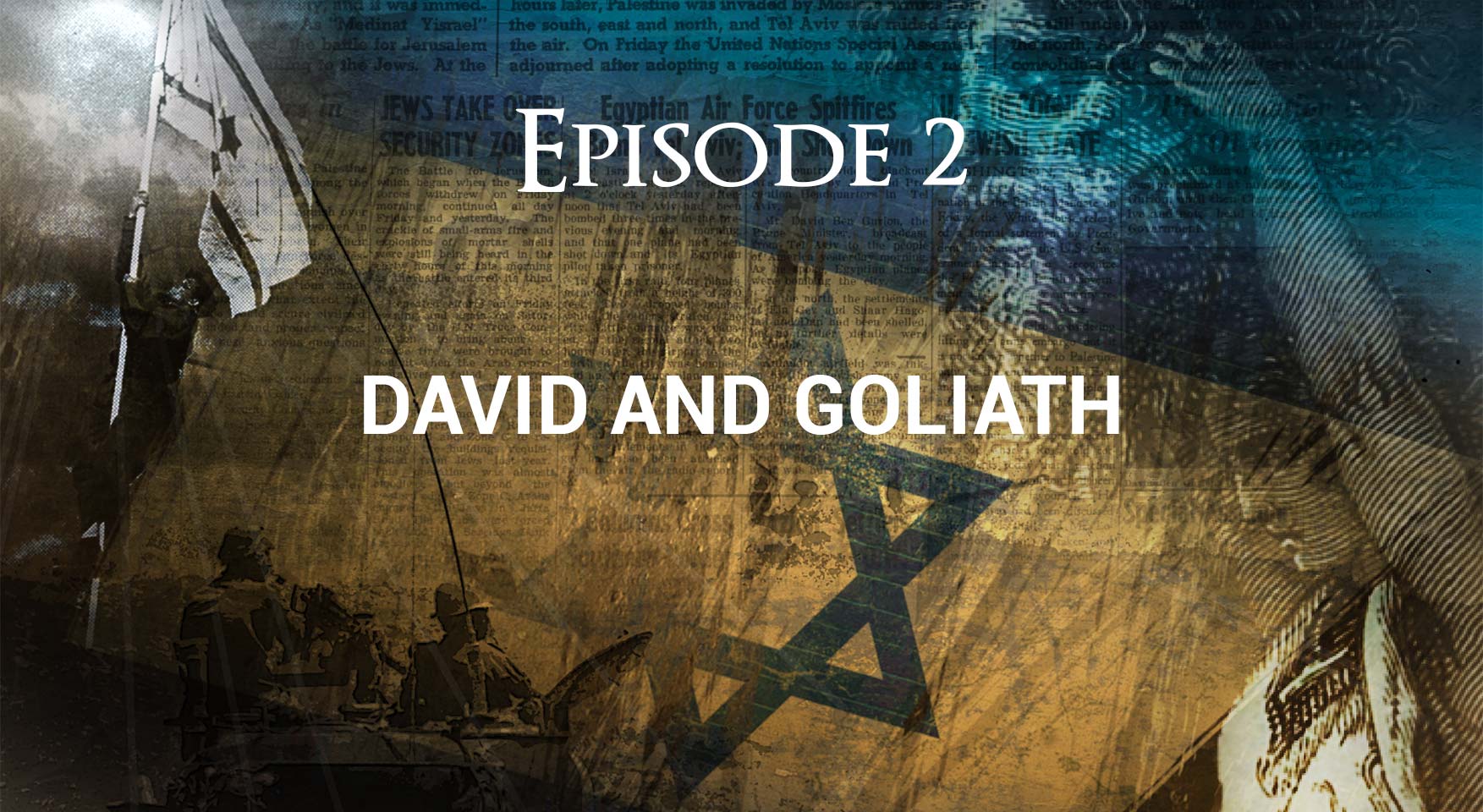 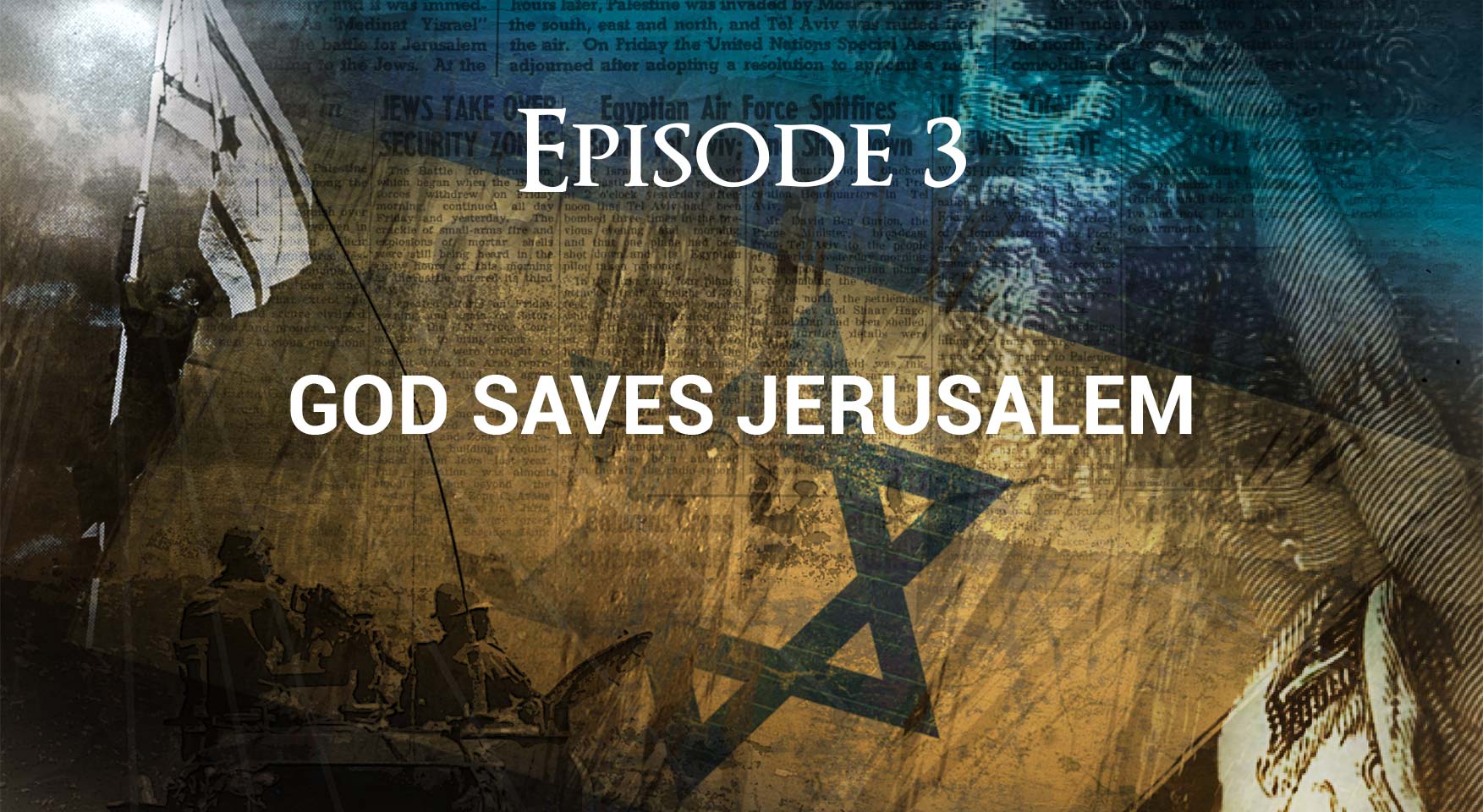 When the ruthless, Assyrian King Sennacherib and his blood-thirsty armies threaten to invade Jerusalem, King Hezekiah does all that he can to protect God’s Holy City. Despite Hezekiah’s peace offerings, the Assyrian army besieges Jerusalem and proclaims that Jerusalem’s God cannot save her. But when the righteous King Hezekiah cries out to God for help, the Prophet Isaiah assures him that Divine assistance is coming. In this exciting episode, we explore this miraculous Bible story through the archaeological remains that bring it to life, coming nearly face-to-face with Hezekiah and his closest advisor, Isaiah, through the archaeological signatures they left behind. Join Jeff Futers on an adventure of discovery as he opens his Bible to explore why God would utterly defeat the armies of Assyria on Jerusalem’s behalf; and vividly reimagine what Israel’s God can do for you.

In this episode, Jeff Futers brings viewers to the Land of Israel to explore the most significant victory in human history. It was from this Land and Nation, that the greatest Champion to more than 2 billion people in the world today – Jesus Christ – emerged. But why was the ‘Saviour of the World’ Jewish? Why did He have to die in Jerusalem? Why was He raised from the dead? Is there any archaeological evidence to prove that Jesus was crucified and buried here? Hear what scholars, archaeologists and theologians have to say about the significance of Jesus’ life, death and resurrection. Join Jeff Futers on a spiritual and archaeological journey and rediscover the profound victory Jesus won for the human race in direct fulfillment of God’s promise that through Israel, “all the families of the earth will be blessed.” 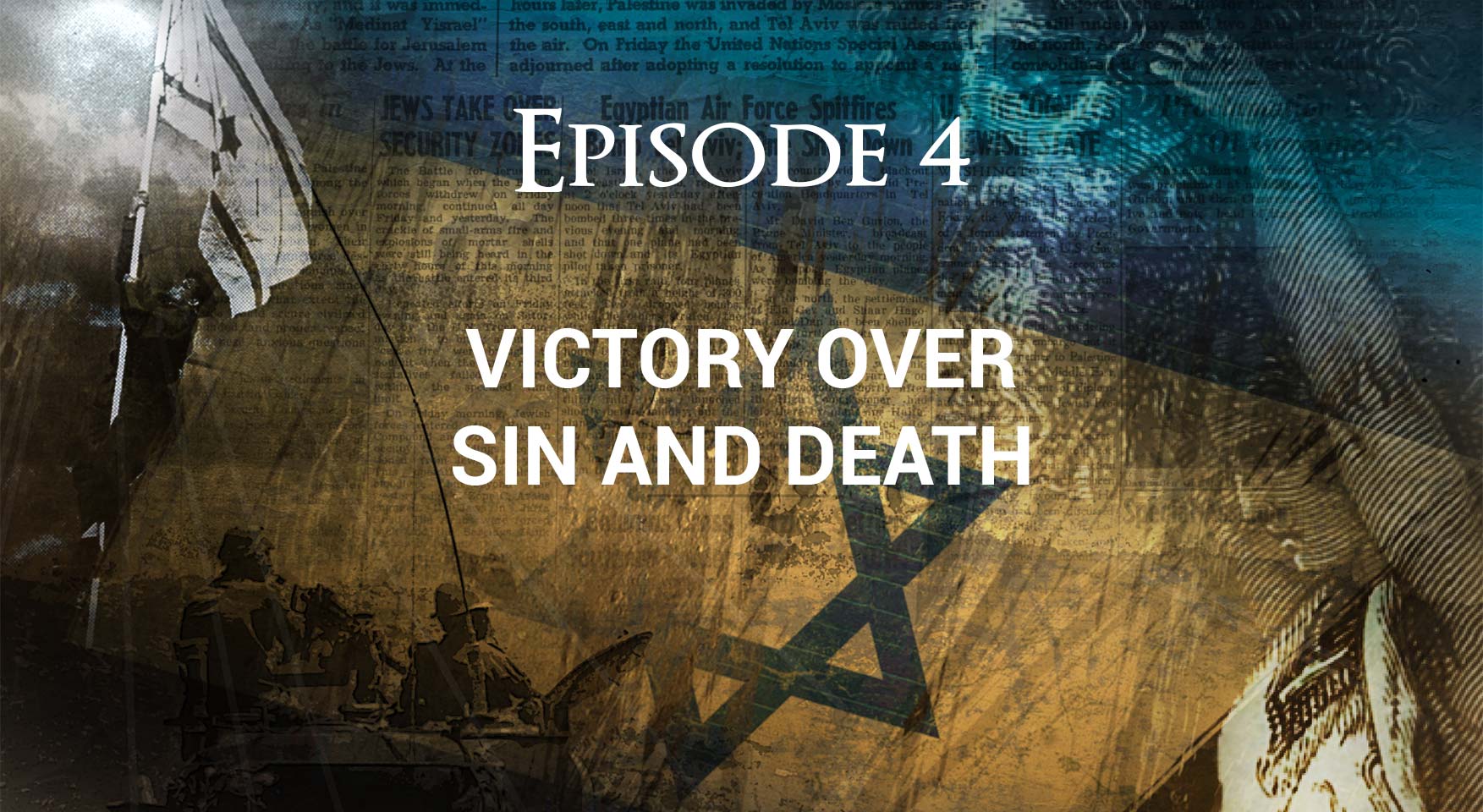 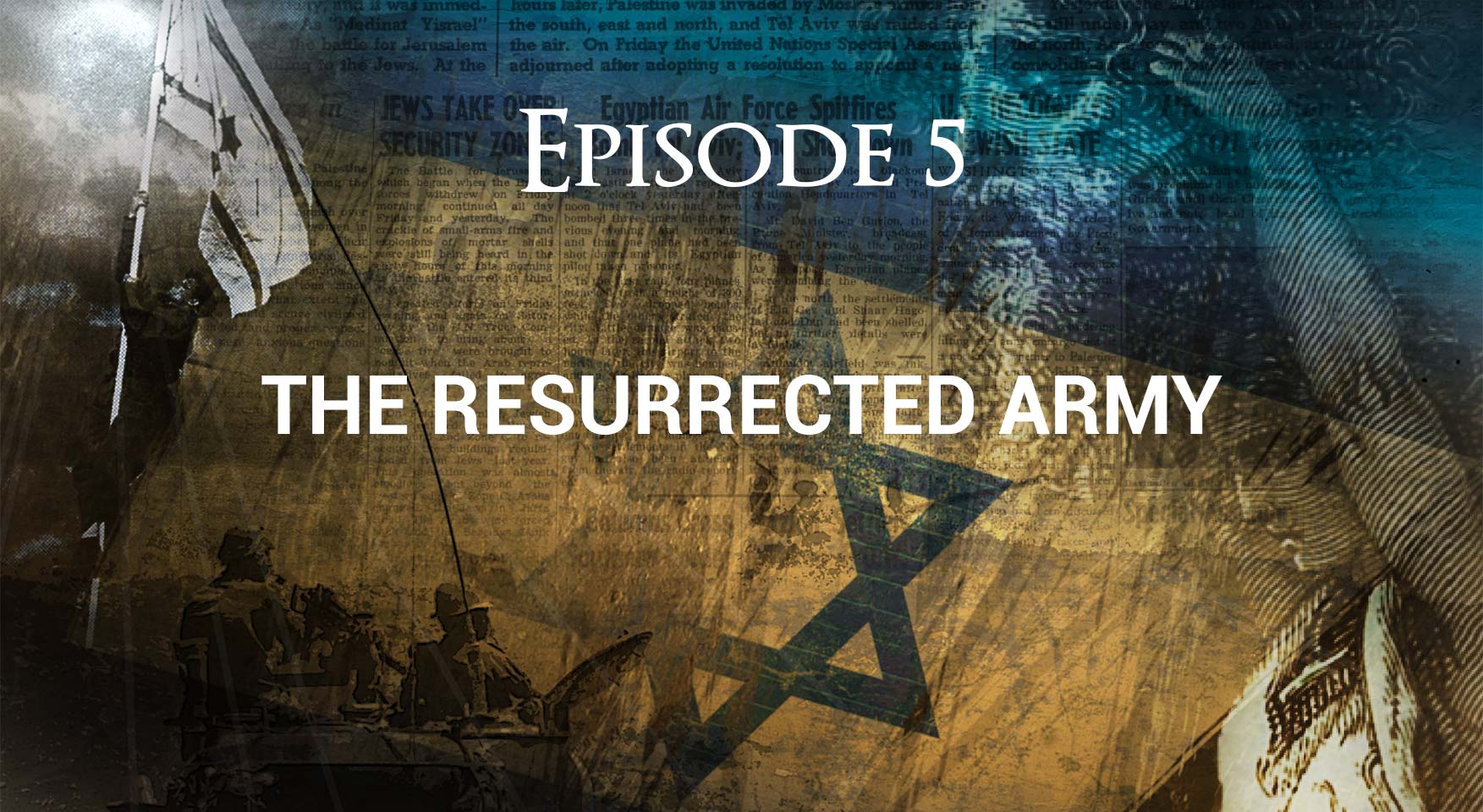 After the time of Jesus, the Jewish people are uprooted from the Promised Land and dispersed across the globe for almost 2000 years. The Promised Land becomes a distant dream to the Jews who remain land-less and vulnerable to ever-increasing anti-Semitism. Did the God of Israel forget His promises to His people? Suddenly, the Jewish people experience a miracle of biblical proportions: the nation of Israel is reborn in the Promised Land and the army of Israel is resurrected. But how can the tiny, fledgling state, defend itself against a sea of Arab armies determined to destroy it? In this riveting episode, Pastor Jeff walks through the modern Promised Land, Bible-in-hand, to explore God’s promises that Israel would revive and become a powerful army once again. And although Israel’s enemies consider her rebirth a tragedy, the Bible reveals that Israel’s continued victories in the Promised Land show God’s faithfulness to His Word and hope for the entire human race.

Today, Israel remains threatened by enemies that refuse to acknowledge her right to exist; enemies that far outnumber her and are determined to destroy her. Israel’s current battles seem more complex and unsolvable than ever. From blatant anti-Semitism and outright hatred of Israel, to more subtle forms of these; Israel is up against enemies in many different forms. ‘Peace’ seems more out of reach than ever before. So, the questions must be asked: Will God show Himself faithful to Israel and win yet another victory for His people? And as Christians, what is our place in Israel’s modern battles? Join Jeff Futers in Israel’s capital city, Jerusalem, as he opens his Bible, and summons Christians around the world to align themselves with the truth about Israel. And as the words of Israel’s prophets are revisited, a Divine and ever-relevant call is heard; a call for Christians to take their place as ‘guards’ of Jerusalem and to participate in yet another miraculous victory in Israel: when God’s hand transforms Jerusalem into the “praise in all the earth” He intends her to be. 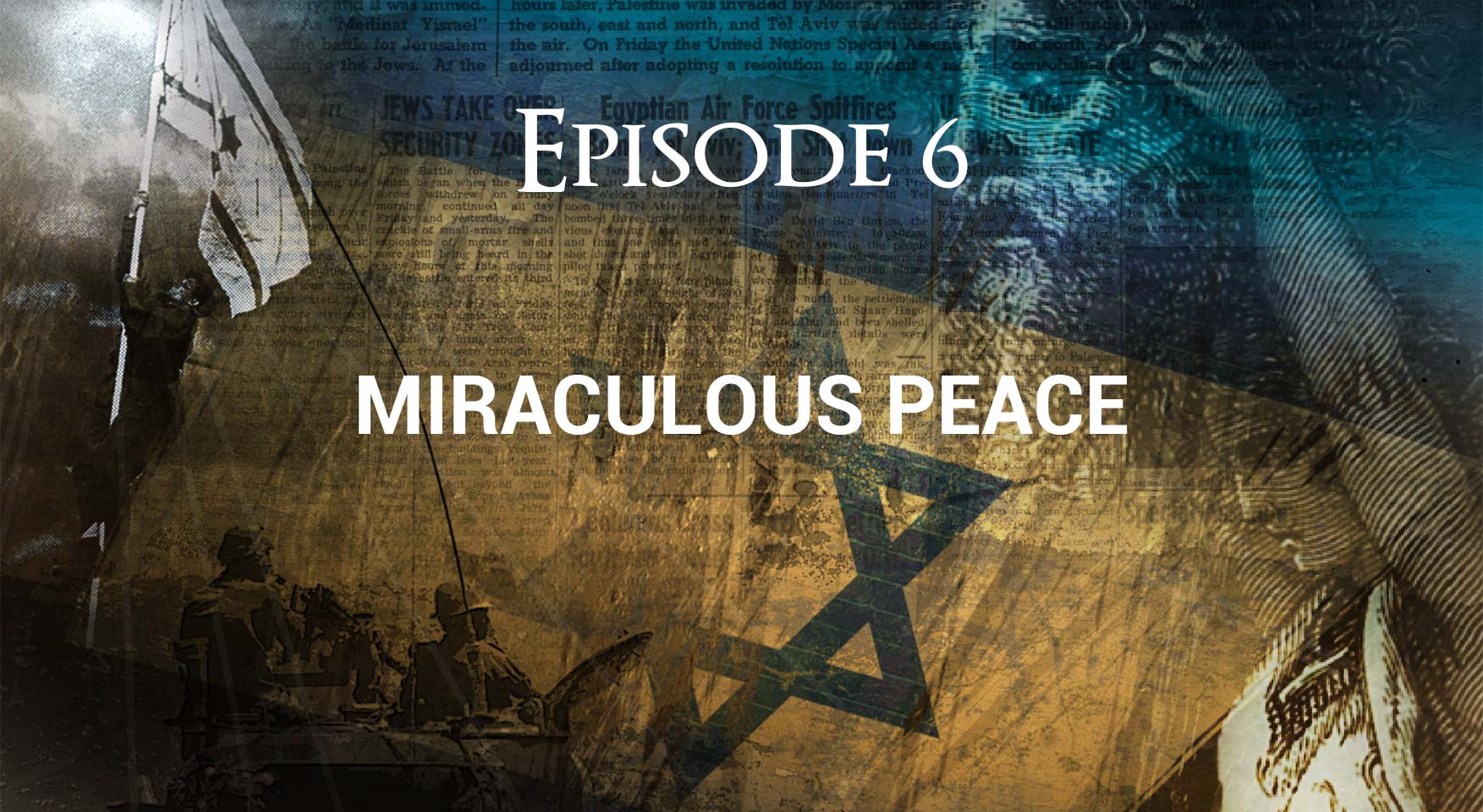